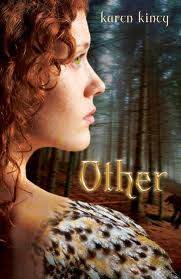 Gwen Williams has been hiding a strange and fantastic secret: she's a shapeshifter. Although society may tolerate vampires, centaurs, and "Others" like Gwen, there are plenty of folks in her small Washington town who don't care for her kind.
When a new werewolf pack moves into the area, tensions rise- and Others start showing up dead, including someone close to Gwen. Despite the methodical murders, the police are ignoring evidence that suggests a serial killer. In the midst of terrible loss and danger, Gwen- along with a mysterious and sexy guy who happens to be a Japanese fox spirit- risks her life to find the murderer. But Gwen is already the killers next target.......

I know, I know this sounds almost exactly like Paranormalcy, but for some reason its better, maybe its because the main character isn't a Sharpay wannabe. I don't know.
Just read the book, you'll love it.
Posted by Olivia at 4:32 PM 2 comments: Links to this post 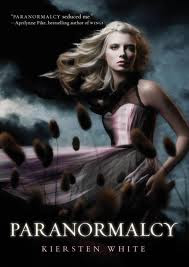 Paranormalcy
Kiersten White
***** 5 Stars
Weird as it is working for the Intrernational Paranormal Containment Agency, Evie's always thought of herself as normal. Sure, her best friend is a mermaid, her ex-boyfreind is a faerie, she's falling for a
shape-shifter, and she's the only person who can see through paranormals glamours, but still. Normal.
Only now paranormals are dying, and Evie's dreams are filled with haunting voices and mysterious prophecies. She soon realizes that there may be a link between her abilities and the sudden rash of deaths. Not only that, but she may very well be at the center of a dark faerie prophecy promising destruction to all paranormal creatures.

So much for normal.

I really liked this book, it was chock full of paranormal stuff. I have to admit though, it was kind of the same old, same old. There was nothing different about it. And her character was kind of annoying. She's one of those girly girl types that be-glitters her taser and wears zebra mini dresses.
But it was good. So if you'r not sick of werewolves, vampires, faeries, and shape shifters, I would put this book on your list.
Posted by Olivia at 3:46 PM No comments: Links to this post 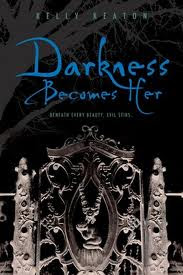 Ari can't help felling lost and alone. With teal eyes and freakish silver hair that can't be changed or destroyed, Ari has always stood out. And after growing up in foster care, she longs for some understanding of where she came from and who she is.
Her search for answers uncovers just one message from her long dead mother: Run.
Ari can sense that someone, or something is getting too close. But its impossible to protect herself when she doesn't know what she's running from or why she is being pursued.
She knows only one thing: She must return to her birthplace of New 2, the lush, rebuilt city of New Orleans. Upon arriving, she discovers that New 2 is very... different.
Here, Ari is seemingly normal. But every creature she encounters, no matter how deadly or horrifying, is afraid of her.
Ari won't stop until she knows why. But some truths are too haunting, too terrifying to ever be revealed.

I loved this book, I know I say that about every book i'v done so far, but I have a nasty habit of picking just the right books. Anyway, this book is very unique and different from any other YA Paranormal Romance I have ever read before. I am in love with this book. the details, the twisted logic of the plot. It all fit together perfectly.
Posted by Olivia at 2:27 PM No comments: Links to this post

Labels: The Darkness Becomes Her Review

Blue Is For Nightmares


Stacy Brown has lots of secrets - her crush on her best friend Drea's boyfriend, the spells she casts, and the nightmares that come true. Now she's dreaming about Drea and a psycho stalker. And signs are showing that the nightmares of her dreams may come true. Saving Drea will take all the magic and courage Stacy's got. And everyones secrets will have to come out. And if she doesn't save Drea in time, the horrors of the past may come back in a terrifying relapse that will leave someone dead......

I was obsessed with this book. It was amazing.
The heart pounding suspense, and descriptions, and rising dread. You felt all of these things right along with the characters.
This book was absolutely, utterly terrifying, in an extremely good way.
Just, read it.

-Olli
Posted by Olivia at 2:10 PM No comments: Links to this post

Labels: Blue Is For Nightmares Review 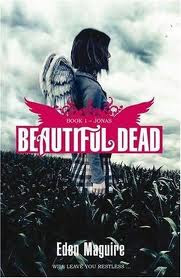 not alive. not dead.
somewhere in between lie
the Beautiful Dead.


Something strange is happening in Ellerton High.
Jonas, Arizona, Summer, Phoenix.
All dead within a year.

Jonas Jonson is the first to die, in a motorcycle accident.
But there are many unanswered questions,
and the three deaths that follow are equally mysterious.

Grief-stricken Darina can't escape her heartache or visions of her dead boyfriend,
Phoenix, and the others who died. And all the while, the sound of beating
wings echoes inside her head......

Are the visions real? Or do the beautiful dead only exist
in Darina's traumatized imagination?


This was one of the best books i'v ever read!!!!! It was really, really sad. I actually cried during this book. You can really see how much Darina loved her boyfriend, and what makes it even sadder is that you know in the end they will never be together. That this book won't have a happy ending.
Posted by Olivia at 1:51 PM No comments: Links to this post

A Certain Slant Of Light 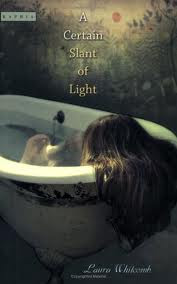 In the class of the high school english teacher she has been haunting. Helen fells them: for the first time in 130 years human eyes are looking at her. They belong to a boy, a boy who has not seemed remarkable until now. And Helen, terrified, but intrigued, is drawn to him. The fact that he is in a body and she is not presents an unlikely couple with their first challenge. But as the lovers struggle to find a way to be together, they begin to discover the secrets of their former lives and of the young people they come to possess.

I liked this book a lot, it is very deep and emotional with a dark edge to the whole story. Also, the whole time it seems rushed, like time is running out, and you can almost hear the clock ticking.
The only thing I didn't like about this book was that it was kind of slow. It could get boring at certain times.
You should still read it though, the book itself seemed to alter my perspective on the world of ghosts once I set it down.

-Ollie
Posted by Olivia at 1:34 PM No comments: Links to this post