I think it would be pretty cool to be one of those people who dye their hair and protest for human and animal rights. People involved in Amnesty International. Or a striving artist who believes in self expression. That is why I really admire the main characters from two books I just recently read, they are exactly how I want to be,
in a sense "role models". 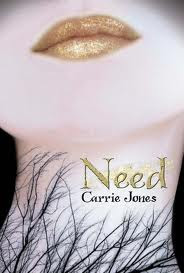 Zara White suspects a freaky guy is semi-stalking her. She memorizes phobias and chants them when she's nervous. And, okay, she hasn't exactly been herself since her stepfather died. But moving to a shivery Main town to stay with her grandmother is supposed to be the perfect fix-so her mom says.
Except this new plan of getting away to help Zara stay sane? Yeah, not working.
Turns out the semi-stalker is not a figment of Zara's imagination. He's still following her, leaving behind an eerie trail of gold dust. There's something not right — not human — in this sleepy Maine town, and all signs are pointing to Zara. "(Summary from book cover).

I really liked this book, but what I'm really going to be talking about is Zara, one of my favorite characters out of all the books I have read.  Zara is kind of "in the back".  She isn't shy but she doesn't put herself out there. That sounds like shy though, but it's not, very hard to describe. Its kind of like she doesn't care enough to try and get noticed or melt into the shadows, she's just there. She loves to run, used to be very athletic.  She would take morning jogs with her dad. She would tend to wear hand-me-down clothes thrift shop stuff, usually with hippie logos, kind of a "love not war" theme (I have always wanted to dress like that).
She is a dedicated member of Amnesty International, and can list every phobia known to man. I really admire her in many other ways, but if I told you it would give away the book.  I recommend "Need" for ages 12 and up. 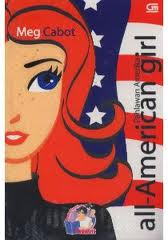 10. Her big sister is the most popular girl in school
9. Her little sister is a certified genius
8. She's in love with her big sisters boyfriend
7. She got caught selling celebrity portraits in school
6. And now she's being forced to take art classes
5. She's just saved the president of the United States from an assassination attempt
4. So the whole world thinks she's a hero.
3. Even though Sam knows she is far, far from being a hero
2. And now she's been appointed teen ambassador to the UN

AND THE NUMBER-ONE REASON Sam's LIFE IS OVER?

1.The president's son just might be in love with her
(Summary from book cover).

This book was really good, some of the jokes cracked me up.
But what I liked the most about this book was the characters, especially the main character, Sam.
Sam is the kind of person who doesn't care what other people think.
A year or two ago, she dyed her entire wardrobe black as sign of mourning for the crudeness of our generation.
She is a dedicated artist and idolizes Gwen Stefani and other bands and singers of that genre. She is also left handed and has a huge dog, who's name sounds somewhat female. She is flunking German and is never without her combat boots. I really admire this character and can't wait to read the sequel,
she has her own spunk that is hard to find these days.  I recommend this book, "All American Girl" for ages 10 and up.

~Olivia
Posted by Olivia at 3:48 PM 3 comments: Links to this post

You probably know that the brand Polo, most likely found in Ralph Lauren, is not just a made up name. But for those of you who do not know, it is actually based on a real sport by the name of Polo. Until today, I didn't know this. I thought that the little man on a horse holding a stick was just a pose created for that line of clothing. But actually its a real thing.
Here is the definition I found on Wikipedia:
POLO~ 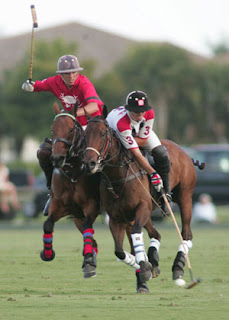 Polo is a team sport played on horseback in which the objective is to score goals against an opposing team. Players score by driving a small white plastic or wooden ball into the opposing team's goal using a long-handled mallet. The traditional sport of polo is played at speed on a large grass field up to 300 yards in length, and each polo team consists of four riders and their mounts.

Anyway, for the first time I went to a Polo match with my Mom, Dad and part turkey dog. It was really interesting to watch, the riders made it look so easy, whacking the mallet and riding their horses at the same time. 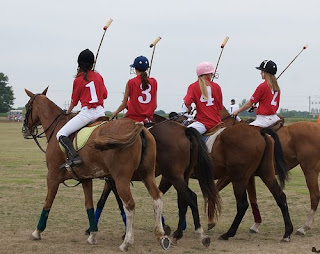 I think it would be a really cool sport to learn.